States should implement policies that promote access, including supplying schools with epinephrine auto-injectors to be used in emergencies, appropriately training school personnel, and addressing liability concerns for people who use this medication in good faith.

Food allergies continue to be a growing problem, especially among young children. Approximately 32 million people in the United States have food allergies, 5.6 million of whom are children. These children spend much of their day in school, where they may be exposed to food allergens which can trigger a severe immune response, known as anaphylaxis. This severe allergic reaction can be life-threatening if not treated promptly.

AAFA urges state lawmakers to make the simple decision to save young lives. Schools should have access to undesignated epinephrine auto-injectors and staff trained to administer the medication.

Advocacy Action Alert! Massachusetts is one of four states in the U.S. that does not have epinephrine stocking laws or regulations for K-12 schools. The Massachusetts House has introduced law H. 604, an act relative to emergency stock supply of epinephrine schools. If you live in Massachusetts, use our tool at the bottom of this page to email a letter and your personal story to your state representative.

Does Your State Stock Epinephrine in Schools? 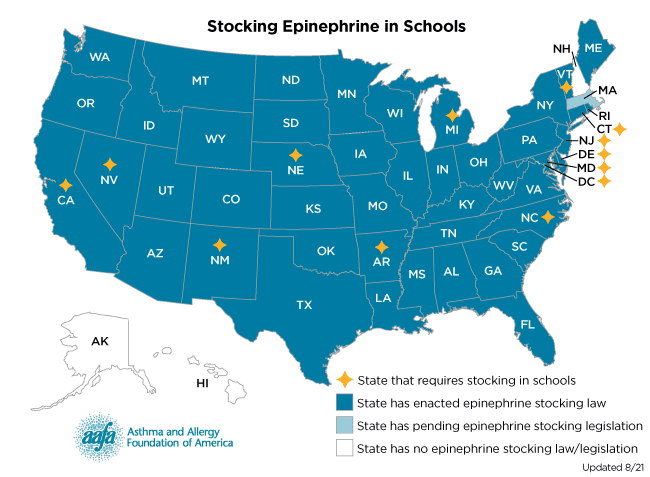 In 2013, President Obama signed the School Access to Emergency Epinephrine Act into law. This federal law encourages states to implement policies requiring schools to stock undesignated epinephrine auto-injectors for use in emergencies. States who develop such policies will be given additional preference for federal grants.

While this law sends a strong message from the federal government about the importance of being prepared to treat anaphylaxis, we still need to work to ensure that all states pass epinephrine stocking laws for schools!

As the number of states allowing schools to maintain an emergency supply of epinephrine auto-injectors increases, many states are looking beyond the classroom to other areas where food allergy triggers could be present. In any public space where food is present – such as sports and recreation venues, summer camps, amusement parks, movie theaters – there is a risk for an allergic individual to come in contact with their allergen. Therefore, focus is widening to consider epinephrine stocking laws beyond schools and into other public “entities.”

View the map below to learn about the status of entity epinephrine stocking in your state: 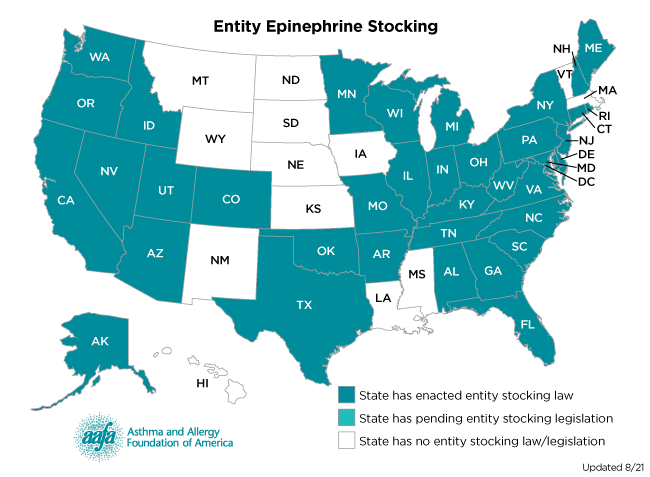 Over the past 15 years, there have been moderate advances in U.S. public policy, health care and research, but racial gaps in asthma outcomes have not changed. Minority groups continue to bear disproportionate hardship in managing asthma. 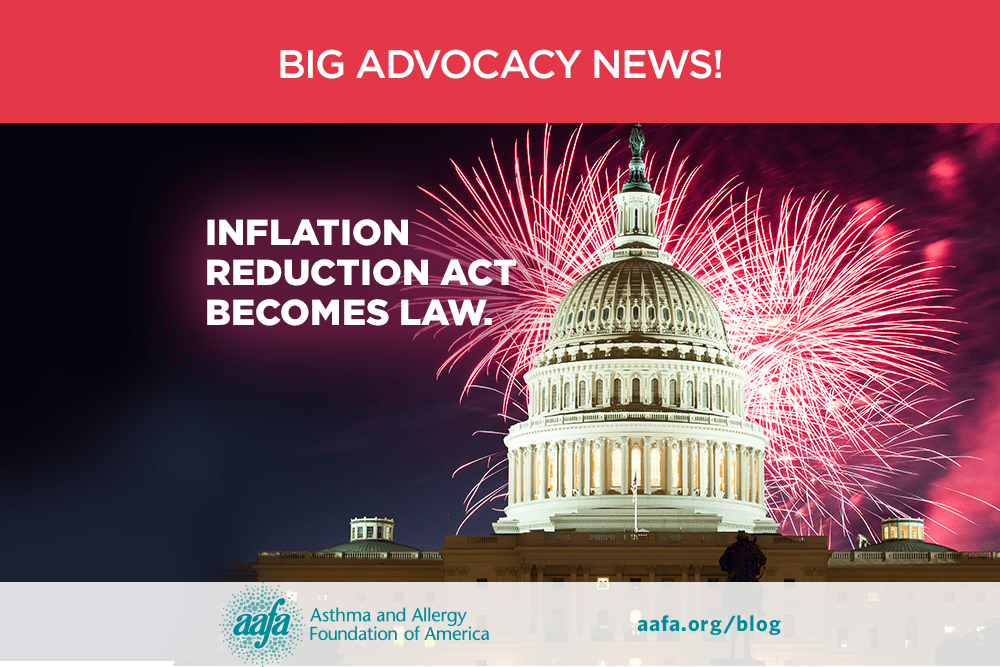 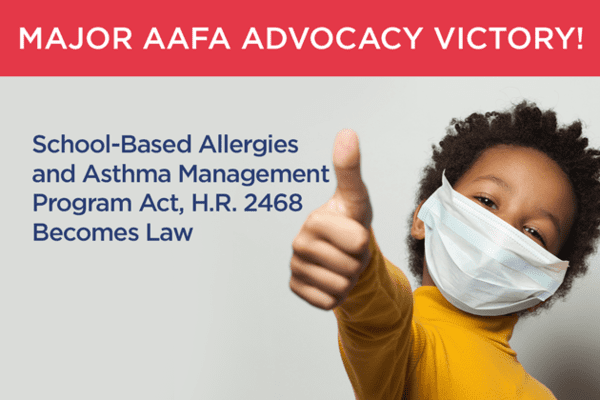 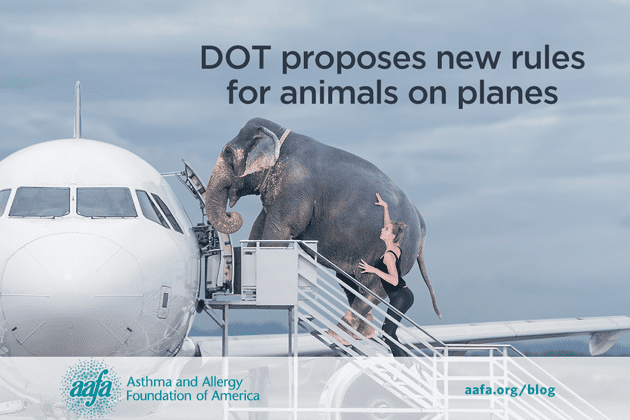